We are en-route to Krakow this morning it’s a bright sunny day but it’s still chilly at this height in the mountains, yesterday I bought some sheep wool bootys and I’ve got them on still, no I didn’t sleep in them but it was tempting! On park4night app we have found an overnighter at another RV centre approx. 6 kms from Krakow centre, called El Camp (GPS N50.034585,E19.876820) our first port of call however was a supermarket to buy some of the liqueur we tasted on top of the Tatra Mountain, Dave loves it so much he took a photo of the bottle.

The area is full of families, walking, cycling, go carting on a prepared route down the mountain, it’s a really busy place, of course you don’t have to be active you could just ride the cable cars and have a scenic lunch and we saw plenty of people doing just that, one couple looked to be in their 80’s all wrapped up for Sunday lunch with a view, I wondered if they used to ski or hike these hills.

We’re checking out the diesel prices as we drive towards the Polish border as we need to fill up and the last garage before the border was €1.28! no thanks we’ll take a chance and wait hopefully we’ll have enough until then.

Come in, no ones looking!

No sooner are we across the border, border what border? no one to be seen, no barriers, no booths, no passport control, nada! and the roads were instantly better and Pogo and his occupants get to hear each other talk! The first fuel stop was 5.13 Zloty £1.03 or €1.17, much better, added bonus as Pogo got a good face wash, checking Sat Naff, it’s 100 kms to Krakow so we settle down on the smooth tarmac for a comfy ride, stopping for a little break to have Aldi tomato soup, better than Heinz in our opinion.

The countryside was very scenic all along the route and looking back we could see the Slovakian mountains in the distance behind, arriving at the RV centre in Krakow we are told to park on the grassy patch at the front, given a bus timetable and it’s just €6 without electric or €3.50 extra if you need it, we don’t as Pogos solar panels and two leisure batteries continue to amaze us as we’ve constantly got a laptop, 2 phones, I pad, I pod and Bose speaker charging on 12v sockets, oh and the tv for dvds now and then too, the control panel never gets lower than 50% 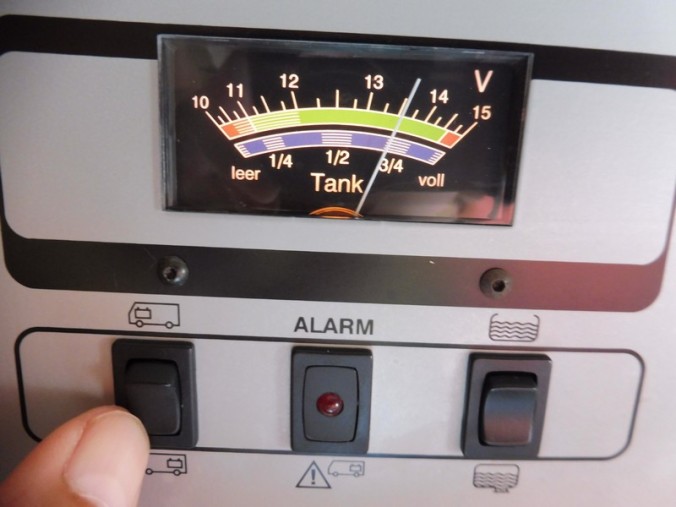 Our fridge stopped working on 240 v on hook up in Belgrade, we don’t use it much as were mostly on gas which chills better but we want it to be working so I pop into the Rv centre and ask, we re escorted to Mathew a technician, wearing a smart jacket and trousers, he comes into Pogo to take a look, next thing he’s got the two panels off the back of Pogo inspecting the heating element but it can’t be seen, inside he starts to take the fridge control panel apart but Dave inform him he won’t be able to get to it as the fridge is wedged in from inside, he knows as he’s had the hob off on more than one occasion, so the gas hob has to be dismantled, I tell him I’m worried about the burners as I only have 2 of 3 working, we had new thermo couplings, new valves and we’ve got a dodgy nob! He seems confident and anyway it’s got to come off if he’s to get to the fridge heating element, putting it all back was a 2-man job however, it’s a fiddly pain in the neck but he did manage to widen the gap on a spindle for the valve and now I have 3 burners whoopy doo!

Cheap place in the city at El Camp

It took him an hour in all and I asked for the bill, nothing he says, nothing at all. My goodness the helpfulness and kindness of people along this journey since leaving home on 26th March continues to blow our minds, it’s so refreshing. 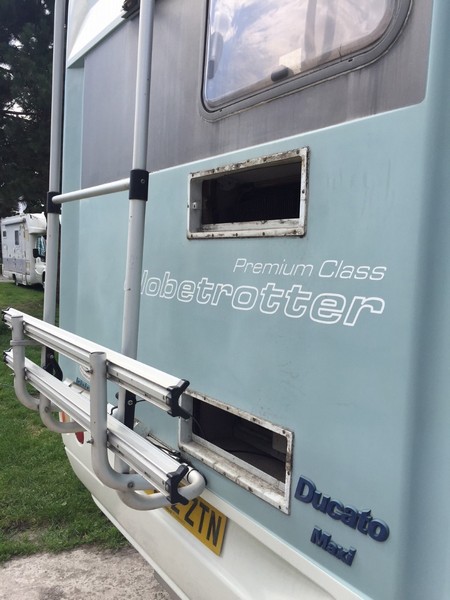 The element will take 2 weeks to arrive, so we get the part number to sort out at a later date, Dave books Pogo into the garage for tomorrow as our air con in the cab is pants! And we’ve got plans to go to Greece next May and after the heat in Croatia we definitely want it doing.

We got a bus into Krakow, heading over the river into the old town we went for dinner which a bargain price for what we had, A smart little restaurant called Marmolada where we were invited to try their home-made lemon vodka, lemon sugar and vodka, Dave loves a bit of vodka and doesn’t mind it being laced with his favourite citrus fruit haha! Confit chicken with saffron cauliflower and black rice for me and slow cooked Pigs knuckle, jacket potato and caramelised Sauerkraut for Dave, they brought us a sharing complimentary starter of bread and pate, we shared a baked cheesecake, 2 prosecco’s, 2 white wines, 2 vodkas lemons all for £38, €44, we think we’re going to like Krakow! Even though my teeth were black from the rice, I tried not to smile for the rest of the night! 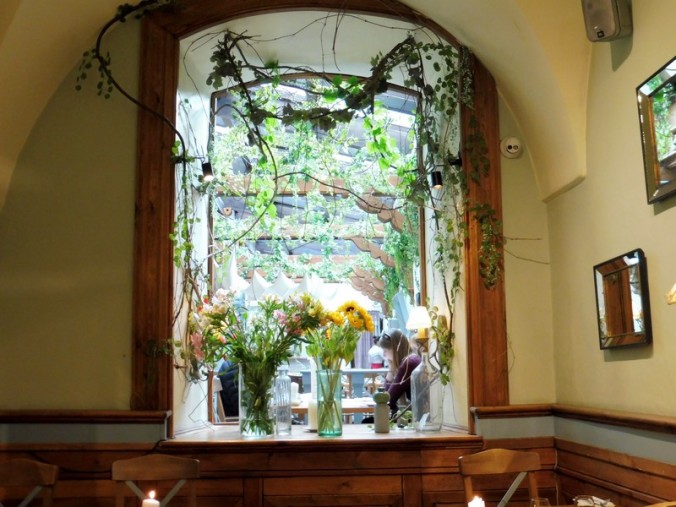 Fresh lemon with a twist of vodka

Heading over to a bar named Bulldog for the football, Belgium V Japan and what a game it was 3-2 to Belgium, we messaged our new Belgium friends Patrick and Erna congratulations!

Walking back for the bus we admired the City which we will visit properly tomorrow.

3 thoughts on “Pogo chills out in Krakow! – Poland”