We are now in Co Galway after another overnight beach stop where I got caught out by the waves.

We head towards Derrigimlagh, I had read about this place as it has two very interesting historical points of interest, the first being that Guglielmo Marconi born and raised in Italy his mother was Irish and her father and uncles owned the Jameson Whiskey distillery in Dublin & Wexford, he set up a communication station in the peat bog lands at Derrigimlagh, here in 1907 they combined cutting edge technology to achieve the first successful commercial wireless transmission of morse code across the Atlantic, the huge station dominated the local landscape with its own security borders, living quarters and secretive research until its eventually closure in 1922. The area was very interesting and we walked for 3.5 miles around the boardwalks set up over the bogs stopping at each info point, set up with listening stations along the way.

Remote and desolate area at the Marconi discovery point

Coming eventually to the second historical point in this area, a large white monument resembling the tip of an aeroplane wing, this was where in June 1919 British Aviators John Alcock & Arthur  Brown crash landed after 16.5 hours first ever transatlantic flight, in an open cockpit, can you imagine that? 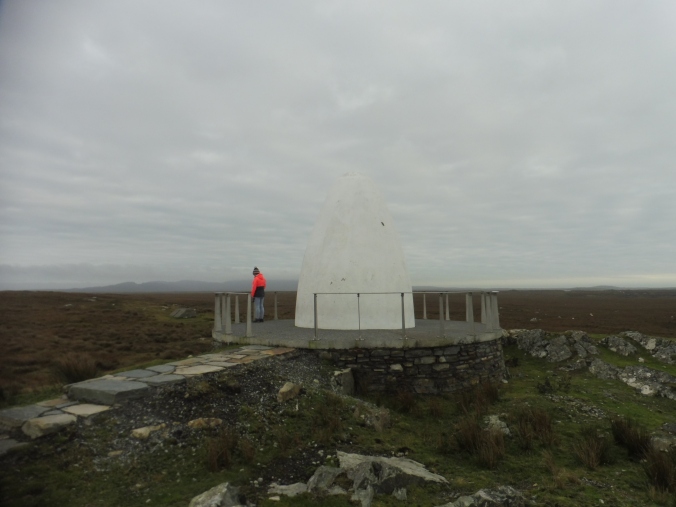 They flew in a modified WW1 Vickers Vimy Bomber converting the bomb racks with extra petrol tanks, from St Johns Newfoundland to Clifden.

Driving on towards Galway City through some very rocky and very craggy landscape which at first we thought was lovely, raw beauty, but we soon got a bit bored of the landscape, it didn’t change for miles and miles.

We saw no industry whatsoever, nothing, not even a petrol station, feeling transported to a time gone by, just rocks, houses and more rocks and animals, ponies, horses, cattle, this land must have been so difficult to live on when the land itself was needed to make a way of living, one thing we have noticed however here and all over the Irish coast are the hedges, bright Fuchsia hedges interspersed with bracken or gorse, pine, heather and thistles, sudden bursts of red Fuchsia around each bend and talking of bend these were narrow lanes, not many pulling in places, we were lucky today, we only had to reverse once, but wouldn’t fancy driving here in the summer with coach loads. 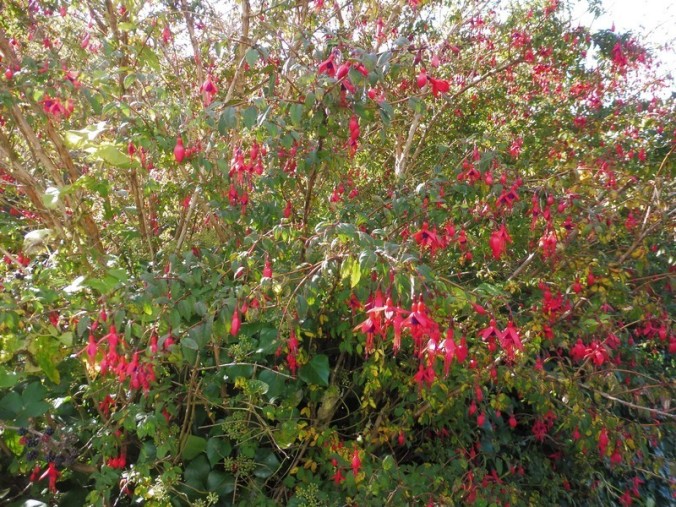 Stopping for a pit stop at Dunghuaire Castle  on the shores of Galway bay,  built in 1520 ,it was tiny so we just walked around its perimeter as they wanted €8 each, so instead I went in to the craft making studio and obtained a Christmas gift for someone!

We are heading down to Doolin, County Clare for some craic! Oh yes!