Last night we watched a film called The Monuments Men with George Clooney, Matt Damon, John Goodman and Cate Blanchett, at least 12 men mostly art critics and historians braved the front lines and 345 more were to rescue art from the hands of the third Reich once it was known that Hitler had ordered that if the Third Reich fell then it was all to be burned it’s a movie about the true story of the greatest treasure hunt in history and it really struck home to us having learned more on WW2 history than we’ve ever known on this trip just how much art, gold, statues, monuments, historic valuable items was looted by the Germans under Hitlers control in WW2, there was one scene with huge barrels of gold teeth likely to have been the gold teeth of Jews sent to the Concentration camps which really upset Dave.

We set off inland just a little today to visit Abbey De Valloires and Gardens just 35kms away, (GPS N50.34717,E001.82292) we parked up in a little shade in one of two of their car parks, at the rear and out of the way of the day visitors, we had some scrambled eggs and tomatoes and headed into the Abbey literally just in time for the only guided tour of the day, we bought a combined Abbey and gardens tickets, a bit pricey at €29, unfortunately for us the guide was in French, I can understand a reasonable amount if it’s spoken very, very slowly but obviously this isn’t likely to happen, it’s a beautiful building full of history and  Louis 15th oak wood Panelling. 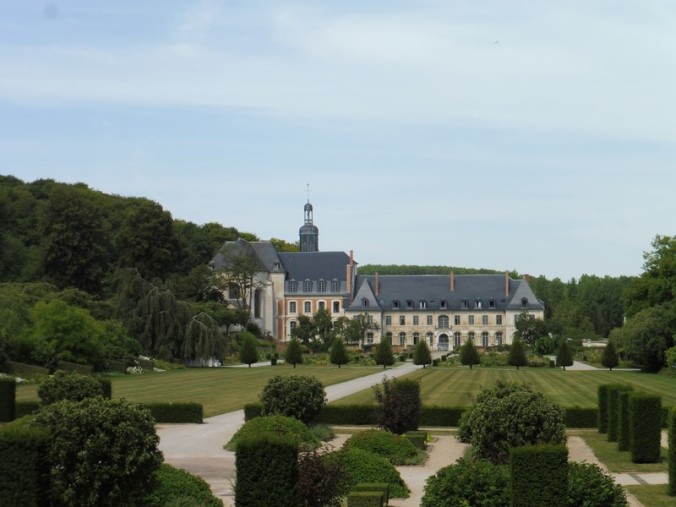 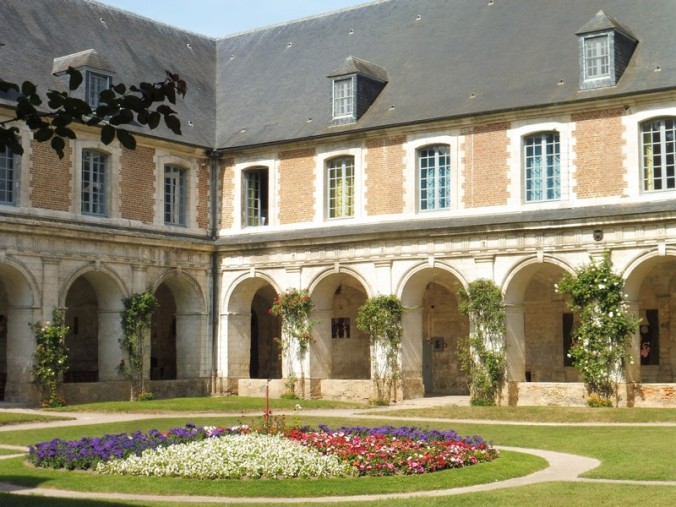 In 1906 it was classified as a historic monument then abandoned and used in WW1 as a military hospital and in 1922 a young French red cross nurse Therese Papillion set up a preventorium for those afflicted by tuberculosis, it is now owned by an association dedicated to the care of children remanded by the court into care and children with very complex needs. The Chapel is very old and unfortunately, we get bored in there as the guide discussed one particular item for what seemed an eternity, he was speaking so fast and we’d no idea of what he was saying, we looked outside the chapel doors as we saw a bride posing for pre-wedding photos, the door closing behind us, we were locked out! 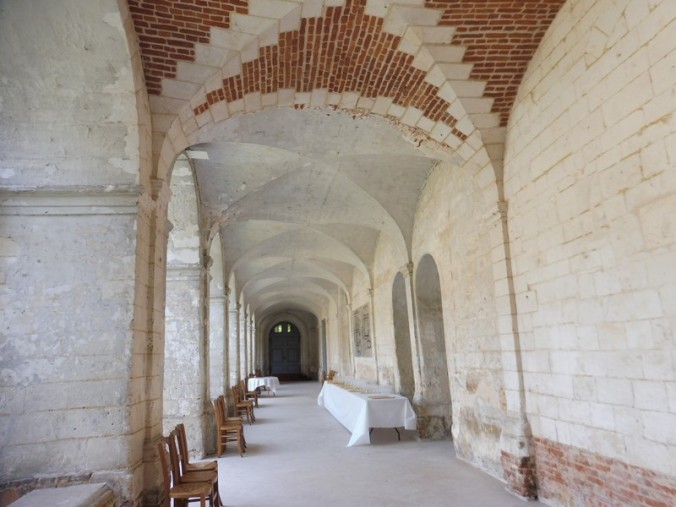 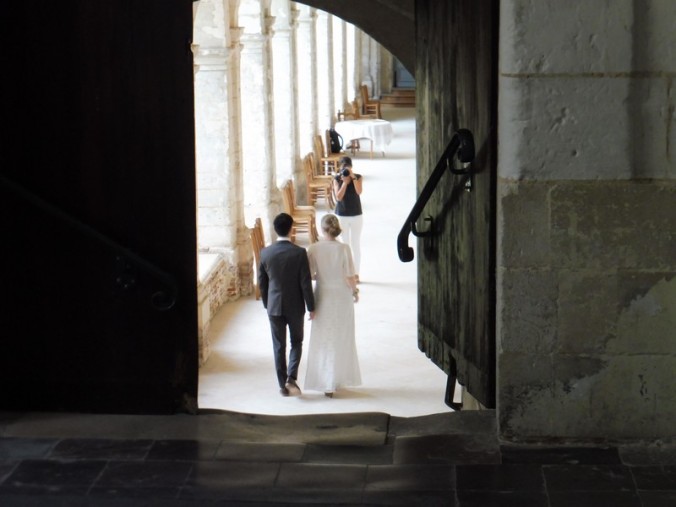 So we made our way to the gardens and with hindsight should have bought the garden only ticket, they were beautiful and serene, gorgeous fragrances from the rose garden reminded me of my grandad who had a prize-winning garden and was especially known for his roses he had just a little terraced council house but the scene when you walked through the kitchen door was one of wonder and beauty and he would always take us for a tour before being offered a cup of tea. 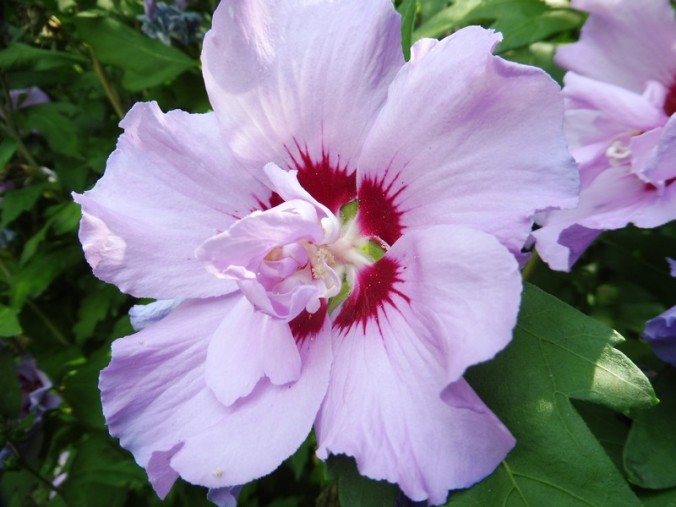 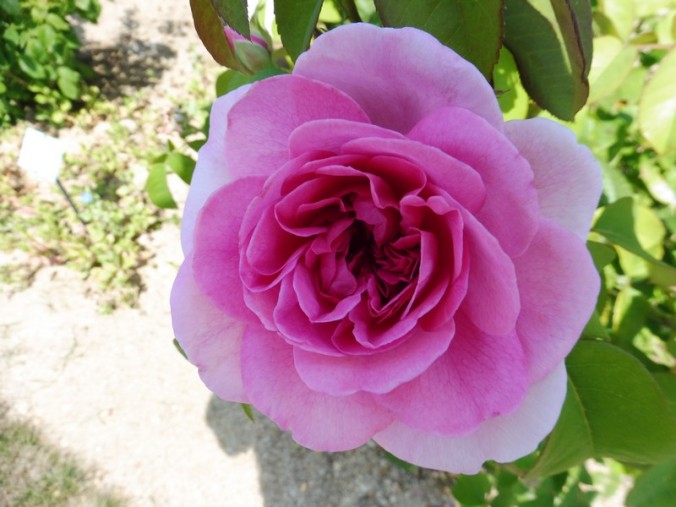 I love Roses and these smelt delightful 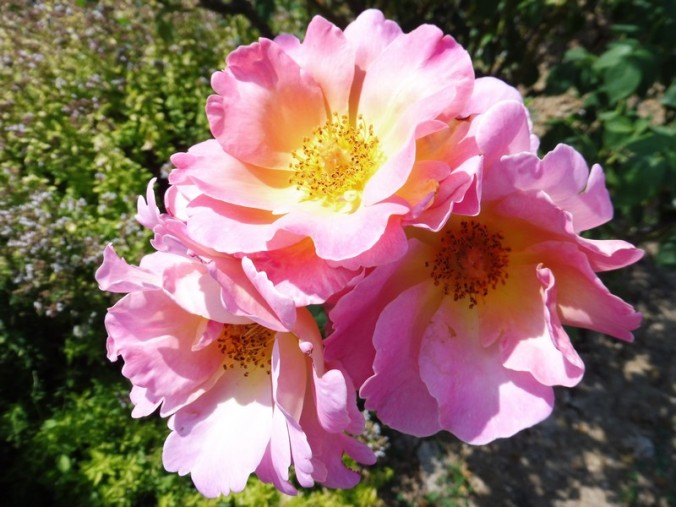 There is a rose created in 2004 called the Rose of Picardy a symbol of peace and shared history of France and Great Britain, we spent ages literally smelling the roses! 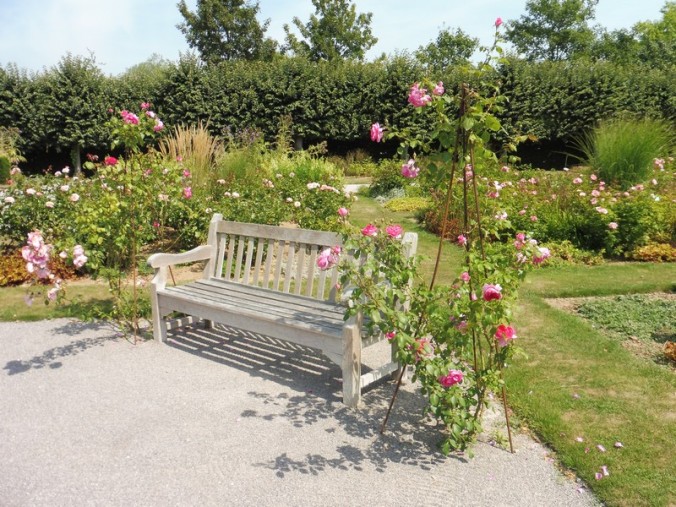 In the Valloires  Abbey gardens there are 5 areas each dedicated to a theme, lovely seats made of a smooth grey metal but resembling wood, we both really liked them. There is a cherry tree path and we can imagine in bloom it would be splendid with the blossom and aroma, even now it looks lovely. 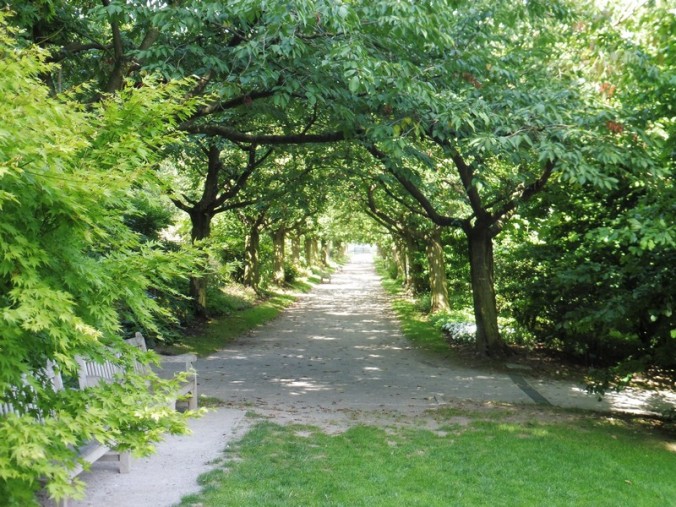 this will be gorgeous when the Japanese cherry trees blossom

We sat down in shady area several times and enjoyed the total peace of the place, I played a game of naming the plants before looking at the placards and amazed myself with just how many I knew, my mums plant knowledge was amazing, so I think it’s rubbed off on me, I started to wonder what my garden was looking like at home but quickly decided not to worry about that. 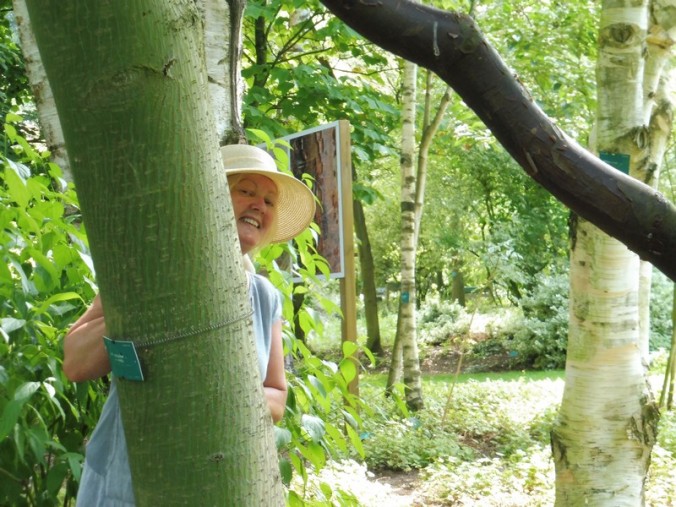 Back at Pogo we’ve decided to sleep here tonight €29 was a steep visit but as the abbey is now run as a childrens’ home we didn’t mind the ticket price in the end, but we’ll take advantage of a free sleep. 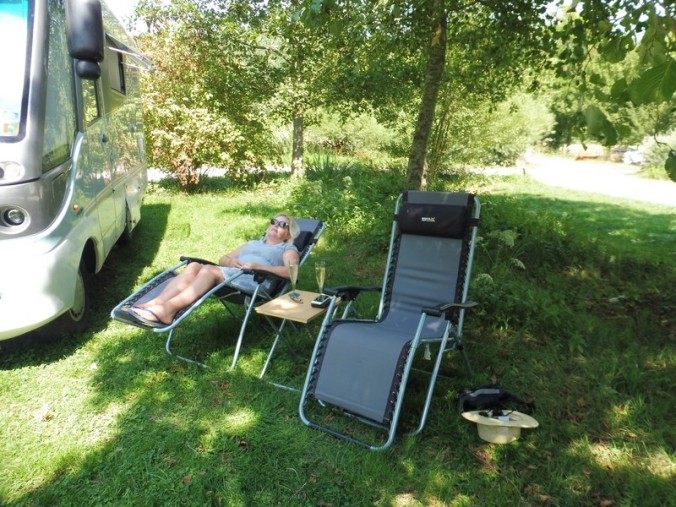 6 thoughts on “Cisterian Abbey and a Picardy rose – France”